The board of directors and management of Northam Platinum Limited are committed to good corporate governance, facilitated by ethics, transparency and accountability.

The board and board appointed committees

The Northam board is diverse, consisting of 13 members. A total of 23% of our board members hold engineering degrees, 38% are chartered accountants (SA) and the balance have relevant experience in corporate finance, mergers and acquisitions and other associated and requisite disciplines. Six board members, including our chief executive officer (CEO), have extensive exposure and experience as CEOs. 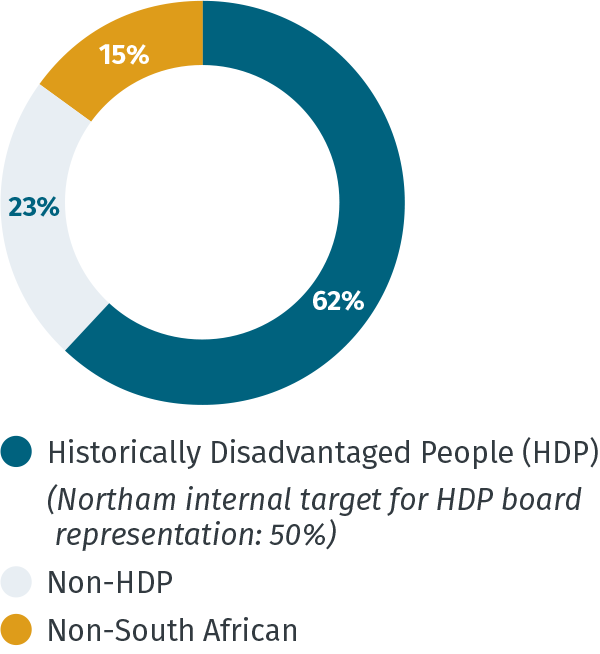 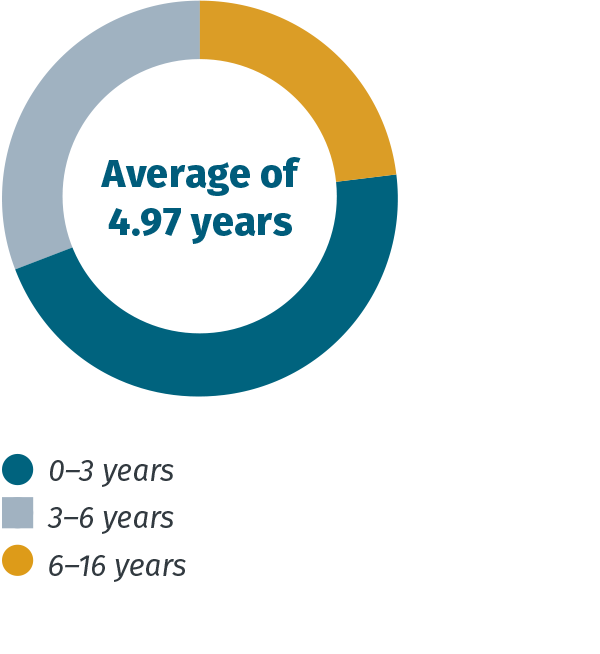 Northam target for female
board representation: 20%

Experience: Former non-executive director of Edcon Holdings Limited and CEO of Impala Platinum Holdings Limited (Implats). Worked in the information technology sector for four years and for the Exxon Mobil Corporation in Europe for five.

Experience: Former executive director at Implats, responsible for all mining, concentrating and smelting operations at the group’s Rustenburg and Marula mines.

Other directorships: Chairman elect of the MTN Group Limited and independent non-executive director of Sygnia Limited.

Experience: One of four independent presidential investment envoys, appointed by President Cyril Ramaphosa to attract investors to South Africa. Former deputy finance minister of the Government of South Africa from 2014 to 2017 and member of the National Assembly until April 2017. Former chairman and non-executive director of the Public Investment Corporation.

Experience: Served on the board of Sanlam since 2009. Former general manager of Gensec Property Services Limited and marketing manager at Franklin and Templeton Asset Management.

Experience: Former director of operations and CEO of Implats.

Board and committee meetings

The board and its committees meet at least once a quarter; ad hoc meetings may also be called to consider specific issues. The investment committee and the nomination committee meet as and when required, which may be more or less than four times a year. All directors are required to declare their directorships and interests. At each board and committee meeting they are requested to declare any conflict of interest in matters pending.